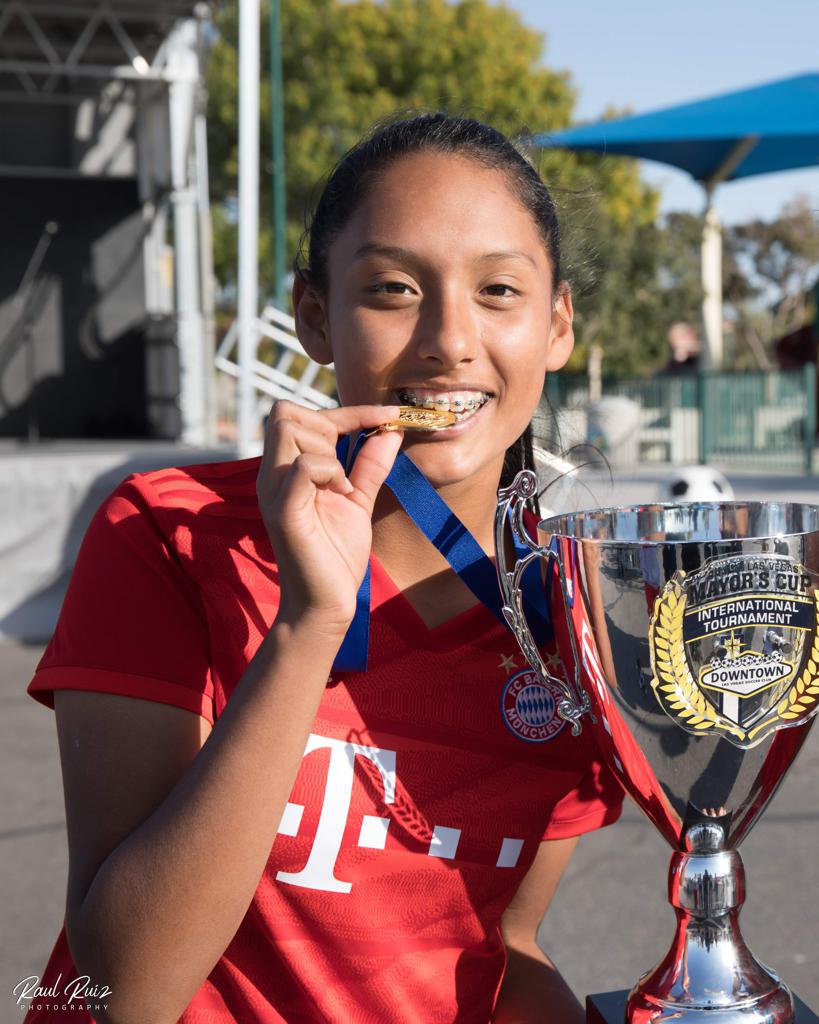 Nina has been selected for our monthly "Scout Report" after her selection for the 2005 Girls National Team. Nina has been part of our affiliate in San Jose, Almaden FC, for quite some time and a consistent participant in our ID programs and the Residential Camp in  Santa Barbara. She is a very quick learner and a fantastic personality to have involved in our teams and we are delighted for her success.

First Soccer Memory - One of my oldest soccer memories is that I got smacked in the face with the ball and got a bloody nose but as soon as it stopped bleeding I wanted to go back out and play.

Best Soccer Experience - In 2016 I went to Las Vegas Mayor's Cup and my team won first place. In 2019 my team went back and we won the tournament again. It was really fun to see how we had grown in the last couple of years and to win the tournament both times. After the finals, our team called our previous coach who had been with us in 2016 and we told her that we won again.

Area Of Development - Controlling balls from the air

Ambitions - I want to play high-level soccer and be challenged. I want to develop my skills and see where I can go with it, but at the end of the day I want to continue to play soccer for the rest of my life because I love the game.

Biggest Influence - My family is my greatest influence. My younger sister inspires me to be the best version of myself no matter what. My grandparents are all immigrants and their sacrifice and hard work inspire me to make the most of my life. My parents' hard work and love make me believe in myself so that I know I can do anything I put my mind to.