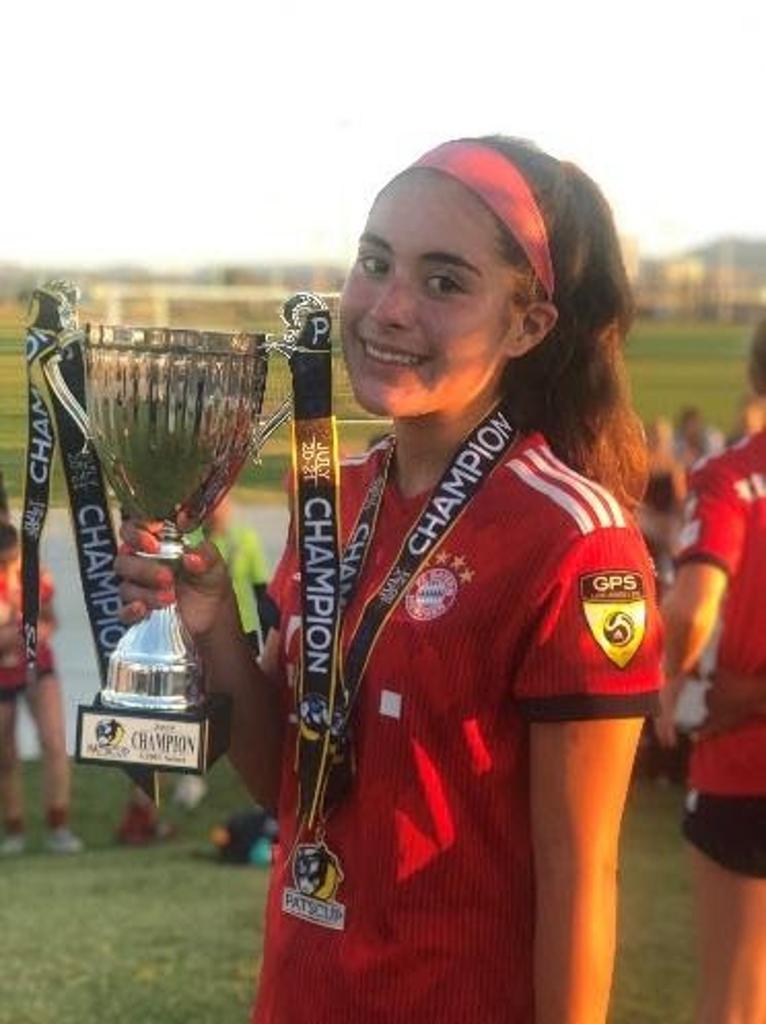 Ali Alban is one of our key features for the "Scout Report" this March. Ali has been selected for this months edition based on her success for her high school team and being part of a team that won their CIF division, the schools first divisional title in 6 years.

Ali currently plays for our GPS LA 2003 Girls Red team based out of Glendale/La Crescenta with coach Drago. She has been a part of her high school varsity program at Chaminade Preparatory school since she was a freshman, and was announced as captain in her junior year. Ali is a young woman with many qualities on and off the ball and deserves her recognition and success. Well done Ali!

First Soccer Memory - My first soccer memory is when I played U13 club when I was nine years old.

Best Soccer Experience - I have many great soccer experiences as I have travelled a lot with GPS, but one of my best soccer experiences was winning CIF with my high school, Chaminade College Preparatory. I have been a part of the varsity program at Chaminade since I was a freshman, and was pronounced captain my Junior year (this year). Throughout the years, we struggled to go to playoffs, but this year, we put in a lot of hard work, dedication, and love into the game and each other, which landed us 2nd place in the competitive Mission League (which consists of multiple D1 and D2 teams) and Division 3 Southern Section CIF Champions. I am beyond proud of my team and so grateful and honoured to play with such amazing girls.

Favourite Club -  My favourite team is Real Madrid in the men’s league, because I grew up watching it with my dad. Overall, my favourite team is the US Women’s National Team, as they are great role models for young girls and because they are amazing!

Best attribute - Controlling the centre, settling and distribution of the ball

Ambitions -  To play soccer at the collegiate level

Favourite Player - My favourite player is Rose Lavelle, who is the centre mid of the US Women’s National Team. She is an inspiration to me as she controls the midfield, is aggressive, skilful, and truly plays with love and passion.

Biggest Influence - The biggest influence in my life would be my friends and family because of their constant support and love towards me and I always want to try to make them proud.