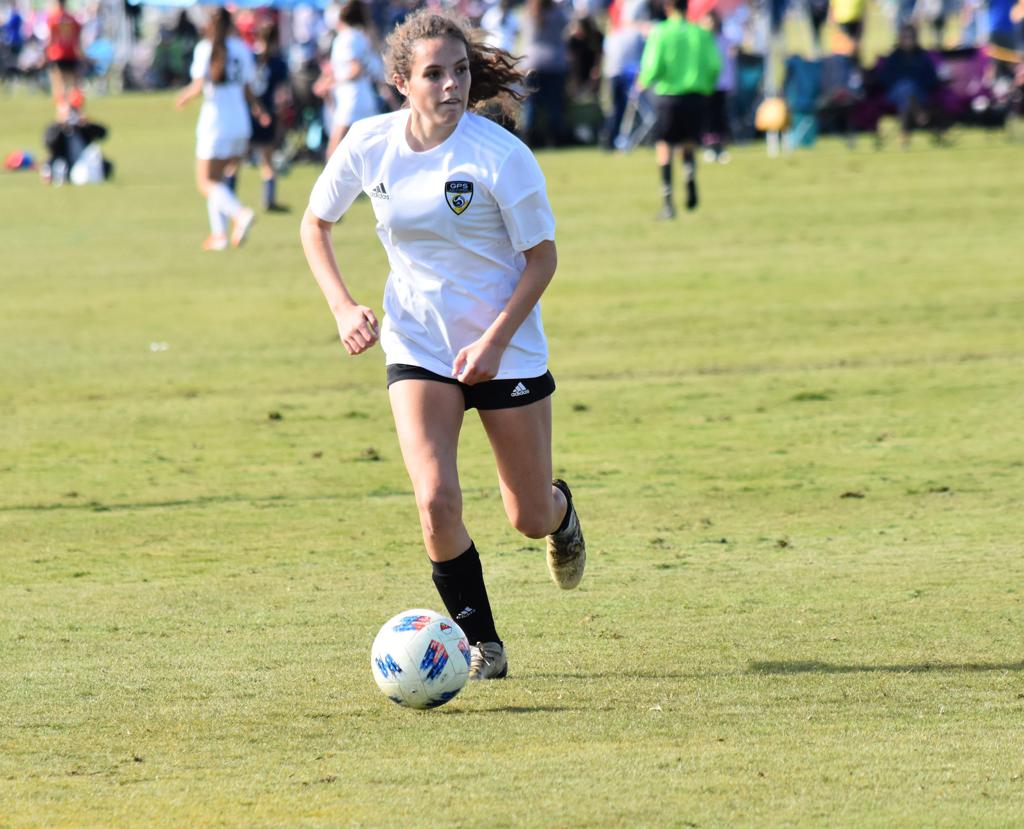 Maddie currently plays for Global Premier Soccer San Diego. She has been involved in the GPS FC Bayern Programs since 2018. Maddie is one of 3 GPS San Diego players to be selected for the National Team at the 2005 age group. She is a magnificent role model to all of our players in her club on what's possible when you work hard and show a real drive to learn and love the game

First Soccer Memory - "As a toddler playing in a league game with all of us running to the ball at once - like a beehive."

Best Soccer Experience - "Winning my first tournament with my first competitive team when we were 9 years old."

Area Of Development - Range of passing and passing under pressure

Ambitions -  " In Soccer…Got to a D1 college. Out of Soccer…Create a comic book one day"

Biggest Influence - Carli Lloyd - "I read a book on her soccer journey, and it inspired me to work hard, because she had times when she was cut from teams and had bad experiences with coaches, and she still became a great player. I’ve also had some bad coaches have not made or been moved to a lower team before."